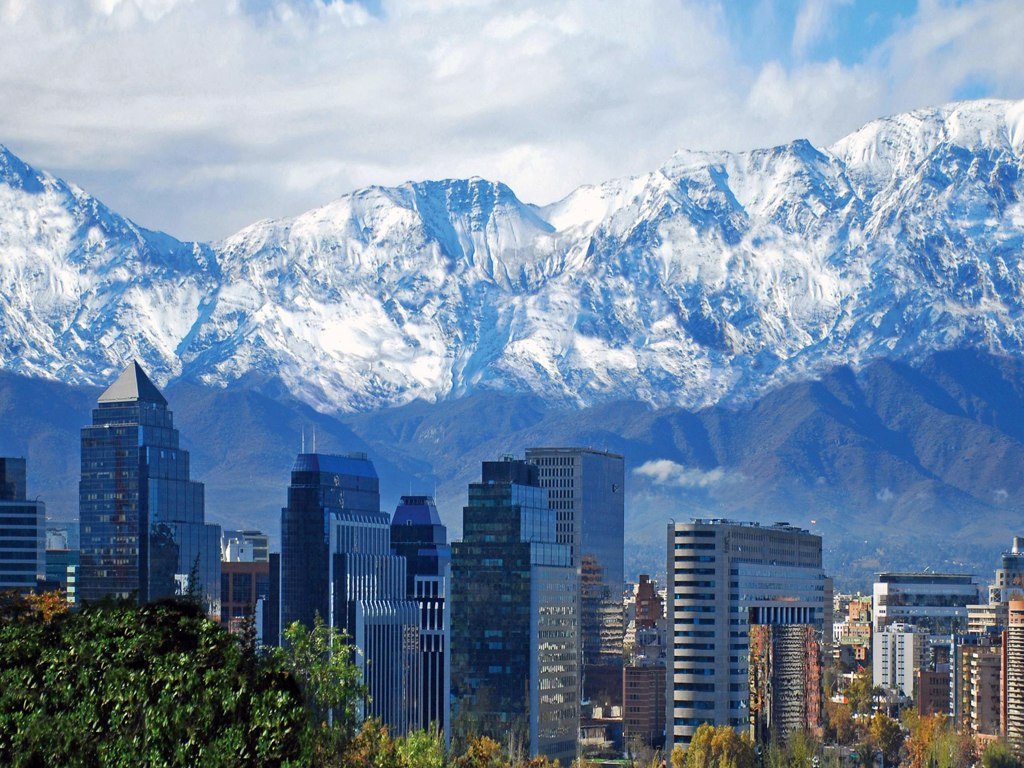 Long and skinny is the only way you can describe the geography of Chile, a country spread along the west coast of the South American continent. Squeezed between the mighty Andes in the east and the Pacific in the west, Chile is sometimes referred to as the longest country in the world. Thanks to a very unusual geography, Chile harbours multiple climate zones with dry deserts sprawling in the north and, spectacular glaciers and fjords, that almost reach the doorsteps of Antarctica, in the south.

We have assorted a list of some of the most famous places to visit in Chile, that offer a completely unique experience found nowhere else in the world. Take a look!

1) Easter Islands – One of the most enigmatic and isolated places on Earth, the Easter Islands are famous for the 887 ancient monolithic statues (called moai in local language) found scattered all over the island. Archaeologists are yet to find out a conclusive reason about why and how were these giant statues erected and that mystery continues to attract visitors from all over the world. Apart from the 900 years old moai, the Easter Islands also offer other less publicized attractions such as the volcano crater Rano Kau and Orongo rock carvings. You can also enjoy surfing the sandy beaches lining the Easter Islands, and take part in some exciting deep sea diving in the Pacific.

2) The Atacama Desert – Second only to the Easter Islands in global popularity, lies the world’s highest and driest desert, the Atacama. Unique wildlife, rock formations and gorgeous valleys occupy the Atacama, that are bound to leave you speechless. Do not forget to visit the Valle de la Luna (or the Valley of Moon) and photograph the amazing sunset that fills the entire valley with intense hues of purple, pink and gold. You will also find several observatories throughout the Atacama, that make up for a perfect stargazing experience, thanks to the uninhibited and pollution-free night sky covering the desert.

4) Pablo Neruda’s La Chascona – Beloved Chilean poet Pablo Neruda was a known connoisseur of art and artefacts related to the sea. Each of his houses (in total, three) are a remarkable work of art and architecture, that offer not only an insight into the great poet’s life but also in the Chilean history of his times. La Chascona (loosely translated as messy hair) remains the most unique of the three houses of Pablo Neruda, which he had built to spend time with his mistress Matilde Urrutia. Used as a secret hideaway to meet his mistress, La Chascona’s architecture is heavily inspired by seas and as such, the dining room is modelled after a ship’s cabin while the living room like a light house. A visit to any of the three Neruda houses is a must for any lover of art and poetry and can be booked online or by calling the Fundacion Neruda office directly.

5) Skiing in the Andes – The Austrian and the Italian World Cup ski teams are known to train in Chile when there is summer in the northern hemisphere. The snowy mountains of Andes serve as the perfect playground for skiing, snow boarding and other winter related activities and sports. Not just common tourists but world class skiers throng to the mountains of Santiago during the winter season that lasts from June to September, mainly due to the powdery snow that is found scattered here in abundance. Once you are exhausted with the dry deserts and dense forests of Chile, head to the snow peaks for an exhilarating experience in the snow!

6) Valparaiso – Sitting at a distance of roughly 2-3 hours from Santiago is the city of Valparaiso. It used to be a colonial city, but has now evolved into a busy port located along the Pacific in central Chile. Valparaiso is known for its brightly coloured houses built along the winding lanes going up the mountain, that impart a distinct artsy look to the entire city. The cobbled streets of Valparaiso are lined with creative portraits and unusual graffiti, that are a unique reminder of the residing bohemian culture of the past and present citizens. You can also enjoy some time in the sun, if you go further along the coast towards the powdery white sandy beaches.

7) Cerro San Cristobal – A panoramic view of Santiago awaits you atop the cerros (hills) that surround the city. While climbing Cerro San Cristobal, you can not only see the mountains and hills close by, but also get to realize just how massive Santiago really is. At its summit, resides a 22 metres tall statue of the Virgin Mary and an accompanying church, that can be reached by a cable car or a long hike. Santiago’s largest public park, the Parque Metropolitano, also resides in the Cerro San Cristobal comprising a zoo, a botanical garden and two swimming pools at your service.

9) The Wine Routes of Rapel and Elqui Valley – Chile is home to a lot of renowned vineyards. The Valle de Elqui and the Rapel Valley are the best places to visit that harbour some of the oldest and most excellent Chilean wineries. The Rapel Valley is located close to the Chilean capital, Santiago where you will find the oldest winery in Chile, the Concha Y Toro. Some of the best Carmenere wine in the world is produced in the Concha Y Tore. You can easily arrange for a tour of the vineyards, at the end of which you are welcome to taste samples from different varieties of grapes and producers. Also, do not forget to taste the local Chilean drink Pisco, made from grape vines grown in the hundred year old distilleries in Valle de Elqui!

10) The Glaciers of Patagonia – Patagonia is the reason Chile is known as the Switzerland of South America. Home to monumental glaciers and surrounding glacial lakes, Patagonia is nothing like any other Chilean city. You can only take a closer look at the glaciers by a boat or a plane, and if lucky, you can witness an iceberg calving to form another smaller iceberg in the icy water! However, even these Patagonian glaciers pale in comparison to the Tierra de Fuego, the southernmost city of Chile. From Tierra de Fuego, you can reach the stations on Antarctica and experience first-hand what it must be like to take up a polar expedition! If lucky, you can also encounter some of the polar wild animals such as the elephant seals, walruses, sea lions or penguins.